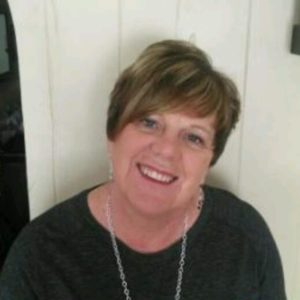 July 2017 Aquatics Professional of the Month

Debra started her career in aquatics at the age of 12 in the basket room for 25 cents per hour and was promoted to lifeguard that summer for the same wage. Scary thought a 12 year old lifeguard. She has always been near the pool and when her children were in school full time sheI was able to get back into the pool as an employee. She has been blessed to have the position of Aquatics Director with the Arkansas City Recreation Commission for 19 years and manages two facilities with 50 to 60 part time employees. Her certifications include Aquatic Facility Operator, American Red Cross Lifeguard and Water Safety Instructor Trainer. She has been involved at the national level with aquatics through AOAP from its beginning and The National Recreation and Parks Association Aquatic Branch before that time. She helps to support the small communities in her area by sharing education and standards of our industry.

July Competitor Aquatics Director of the Month
Debra Davidson – I am starting my 20th year as the Aquatic Director for The Arkansas City Recreation Commission. I manage a year-round indoor facility and a seasonal outdoor 2,000,000 gallon pool built in the 1920’s. I started my career in aquatics as a lifeguard at the age of 12 and now know I had no idea whatsoever that someone might die while I was watching them. WOW what a fool I was. I am the only lifeguard and water safety instructor trainer for my area of the state and love teaching both classes to the young people in my part of the state. I have been blessed to be a part of AOAP since its beginning and am serving on the Board of Directors with my second term. I will always be committed to promoting drowning prevention and water safety education and saving one life at a time.

We held our first ever Water Safety Event this month. It was a partnership with Arkansas City Recreation, Winfield Recreation, Cowley County Health Department SAFE KIDS. We used the RESPECT campaign as a major focus, doing a small station activity with each letter and its meaning. We also used the American Red Cross Whale Tales and Lifejacket fitting with a fun activity, and sunscreen safety. Drawings were held for lifejackets, pool passes and sunscreen. The event was promoted on social media by pictures with citizens in our community wearing a lifejacket and testifying how important they are when you are around water. It was a great time and will become an annual event where we will alternate cities in our 10 mile county area.
It is a great honor to represent the Aquatic Industry and AOAP and the great RESPECT message the organization has created. By being vigilant with education and messages like these, it is my prayer that no child has to perish in the water.

In 2017 She introduced a new program called

They worked with local community members to promote drowning prevention and the importance of life jackets. Here are some additional promotional photos to promote the event. 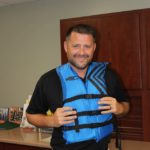 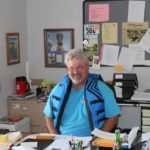 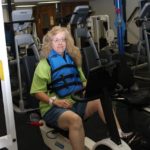 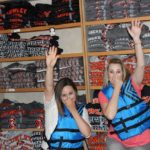 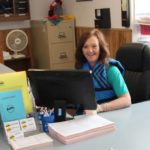 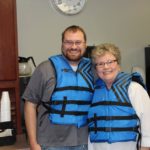 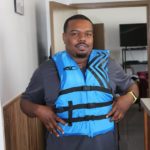 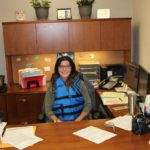 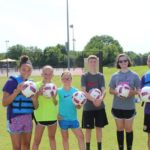