Competitor Aquatics Professional of the Month is a recurring AOAP feature shedding light on an Aquatics Professional who has risen above the competition. As with any item of recognition, Competitor Aquatics Professional of the Month is a subjective exercise meant to highlight one director whose work holds noteworthy context – perhaps a manager who was clearly in the limelight, or one whose work fell through the cracks a bit more among other stories. If your favorite aquatics director wasn’t selected, feel free to submit their name and information below for future consideration (they must be a member of AOAP to be considered). 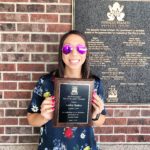 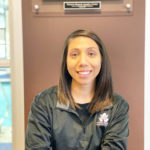 Ashley Muñoz is the Aquatics Supervisor for the City of Farmers Branch. She is directly responsible for up to 75 part-time staff including lifeguards, head lifeguards, cashiers, and aquatics leaders. She oversees the Learn to Swim Program and Lifeguard Program. Creates, develops, and implements general programs, fitness programs, and special events. She oversees the day to day operations of The Margaret Young Natatorium and The Frog Pond.

Ashley started her aquatics career with the City of Farmers Branch when the city opened their first Aquatics Center in 2015. She played an integral part with the implementation of the staff program as a lifeguard, to the facilitation as a Head lifeguard, and the future development of the program when she was promoted to Aquatics Specialist. She accepted her first full-time position with the City of Grand Prairie as an Aquatics Coordinator at The Summit in September of 2018. She recently found her way back to the City of Farmers Branch with a full-time role in June of 2019. Ashley was recently selected into the 2020 Texas Recreation and Parks Society Academy of Leadership Development Program.

Ashley’s educational background includes a Bachelor and Maters degree in Social Work from Texas Woman’s University and University of Texas at Arlington. Her background in Social Work has greatly impacted her skillset and benefitted her in her Aquatics career. Her passion for Aquatics was sparked when she became a Lifeguard Instructor and started teaching courses. Her drive for teaching teens grew more and more as she taught the lifeguarding courses. She enjoyed watching the younger students develop throughout her short time with them within the class to having some of those same students work part-time positions to now watching them go off to their first semester of college.

She is driven by her passion and drive for serving people through her love for this industry. She develops relationships with the patrons that walk in her facility to the staff the helps keep the facilities running. She often refers to staff and patrons as “her staff” and “her patrons”. She makes it a priority for patrons to feel welcomed when they walk into the facility and builds rapport with them individually by getting to know them personally. She works hard to build a work culture that focuses on being a “family”. She is passionate about serving her staff in any way that helps them be successful in and out of the work place through talking them through a tough day to writing college recommendation letters.

Ashley is just at the beginning of her career, but hopes to continue to make strides in developing lifeguard programs, staff training and development, and continue to build the relationships with the patrons and staff that come through her facility.

Ashley would like to thank AOAP and Competitor for this honor and recognition. As well, as a very special thank you to Paul Macias and Rachael Arroyo with the City of Farmers Branch for their continued support and mentorship throughout this journey.

Since 1960, Competitor Swim® has been the leader in the production of racing lanes and other swim products for competitions around the world. Competitor lane lines have been used in countless NCAA Championships, as well as 10 of the past 13 Olympic Games. Molded and assembled using U.S. – made components, Competitor lane lines are durable, easy to set up and are sold through distributors and dealers worldwide.

Competitor Swim is an AOAP partner.

View The Past Winners